“19 year old Daniel Stewart is a rare exceptional actor with a depth beyond his years.” Daniel received rave reviews and won an Indy Award for his Performance as Hally in Master Harold… and the boys at the esteemed Rubicon Theatre Company which also received an Ovation Nomination for Best Play. 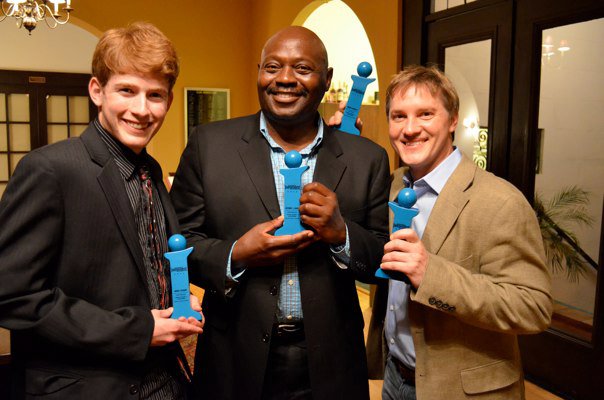 Daniel Stewart wins a Best Performance Indy Award for his portrayal of Hally in Master Harold and the Boys at The Rubicon Theatre.

“Stewart’s youth, plus the EXTRAORDINARILY POWERFUL, NUANCED PERFORMANCE he gives add up to ABSOLUTE BELIEVABILITY. The young actor’s CHARISMATIC STAGE PRESENCE is undeniable, as is the truth he brings to the role. DO NOT MISS THIS EXTRAORDINARY PIECE OF THEATRE!” – Stage Scene L.A.

“Daniel Stewart is A SIGHT TO BEHOLD as Hally; the actor deftly balances the layers of kindness, conflict and rage – it is inspirational to witness a young actor with such DEPTH.” – StageandCinema.com

“Stewart is particularly facile in the rapid morphing of Denny from goofy kid to savvy teen and back again, his voice and body language a testament to what it means for an actor to fully commit.” — Backstage

“This requires lightning reflexes from the actor, who ia well up to the game – whether seeking out truthful behavior in character or executing jarring interruptions of hia own arc.” — Hollywood Reporter

Daniel David Stewart is a native Southern Californian whose stage credits include Hally in Master Harold…and the Boys at The Rubicon Theatre where he won an Indy award for leading performance and it received an Ovation Nomination for Best Play,  Joseph in Joseph and the Amazing Technicolor Dreamcoat, also at the Rubicon, John Taplow in The Browning Version at LA Theatre Works which is part of their Audio Theatre Collection and Radio Theatre Series that can be heard on National Public Radio, Prince John in The Lion in Winter at Santa Barbara’s Ensemble Theatre Company, Wally Webb in Our Town starring Helen Hunt at The Broad Stage,  in and Leamy in The Field at Theatre Banshee [part of their Ovation nominated Best Season]. He recently received outstanding reviews portraying Denny in Sixty Miles to Silverlake at IAMA Theatre Company,  and created the role of Smike in the World Premiere of Little Miss Scrooge directed by Olivier and Tony Award winner John Caird at The Rubicon Theatre Co.  Other L.A. roles include Boyo in Windjammers (STAGES Festival), Ben in Angel of Painted Post (ANMT), Young Grant in Beautiful (ANMT), Jack in Into the Woods, Matt in The Fantasticks, the Cat-In-The-Hat in Seussical and Robert Martin in The Drowsy Chaperone at the Santa Clarita Performing Arts Center. Dan was honored to participate in the Festival of New American Musicals as a featured soloist in Georgia Stitt/David Kershenbaum’s Sing Me A Happy Song at College of the Canyons. Some of Daniel’s film and television credits include The Middle, Man Up!, The Goodwin Games, Incident at Paradise Bay, Corpse Run and Cougar Town. Daniel is a proud member of AEA and SAGAFTRA